The Saga Armonie is an original work of the imagination that speaks of the countries of the East and of the criminal and institutional mafias that cut them off. In three seasons, it is part of historical news that serves as a backdrop without claiming to testify or claim to hold any truth. It offers readers an original experience with its digital version which opens, thanks to hypertext links, access to the music mentioned throughout the adventures experienced by the various protagonists. Readers of the digital version can listen to a selection of musical works from different eras and styles, as well as some original works specially composed to add sound to this book.

The first season, ‘The Pianist of the Red Legion‘ shows the progressive affirmation of the talent and the character of Arianna, little Georgian kidnapped at the age of 11 and a half, by the sponsor of the Red Legion, and the character ambivalent of his captor in his relations with the one he presents as his goddaughter. It ends with the tragic disappearance of Arianna at sea after three years in captivity.

The second season, ‘the Survivor of the Isle of Fools‘ where Arianna having lost her memory will become Armonie, first name given to the teenager, discovered dying at sea, by a couple of Germans escaped from the former Germany of the Is living in a former Dodecanese island. She would recreate a life in music after her adoptive parents discovered that she knew how to play the piano. Later, becoming a virtuoso, her success imposed public performances on her. She will be recognized by her captor. He will hunt down the one he considers his property, sparing no one in his path.

This is the most recent story. 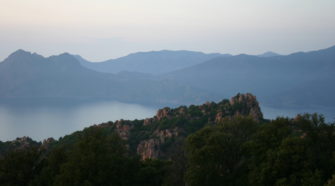